GNSS vs GPS: What’s the Difference?

We occasionally get asked about the differences between GNSS and GPS.

Is there a difference, or are they basically the same? Are they related terms? Do I need a GPS repeater or a GNSS repeater?

This is a brief explanation of the relationship between GNSS and GPS.

GNSS stands for Global Navigation Satellite System. This term describes a constellation of satellites providing signals from space that provide positioning and timing data to GNSS receivers down here on earth.

Satellite receivers use the positioning information to determine their location by calculating longitude, latitude and altitude from the received signals.

There exists a number of Global Navigation Satellite Systems, usually owned and operated by separate countries or regions.

The first, and probably best known, is the Navstar Global Positioning System, generally referred to simply as “GPS”. It was developed by the United States Department of Defence (DoD). The system was initially intended for military use but was made available to civilian users.

The US-owned GPS is now the most widely used GNSS in the world, providing continuous timing and positioning data globally.

It is one of the global navigation satellite systems (GNSS) that provides geolocation and time information to GPS receivers anywhere on or near the Earth where there is an unobstructed line of sight to four or more GPS satellites.

GLObal NAvigation Satellite System or GLONASS is a Russian satellite-based navigation system.  It was the second navigational system to come into operation, providing global coverage with comparable precision to GPS. 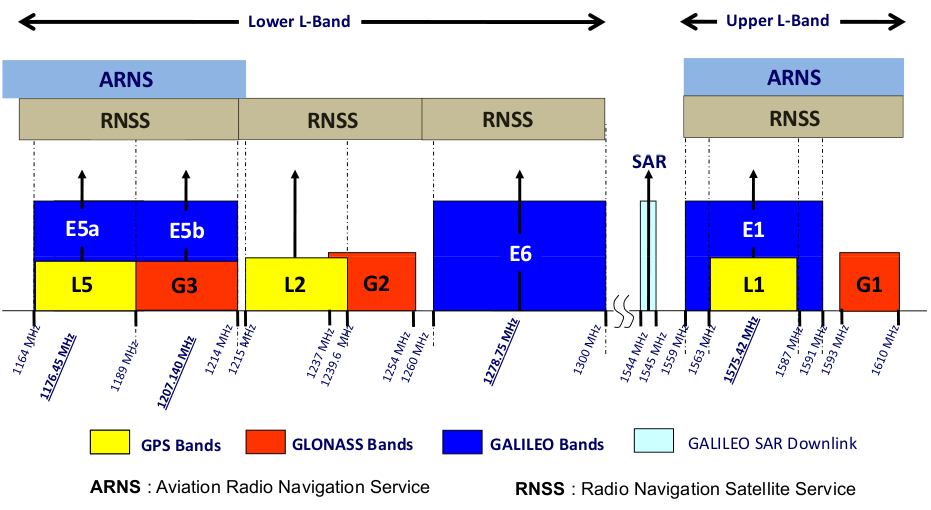 BeiDou is a Chinese-owned global satellite navigation system. Since June 2020 it has 35 operational satellites in orbit, in a constellation known as BeiDou-3 (third generation). Intended positional accuracy is 3.6m for the publicly-available service, with 10cm accuracy achievable with the encrypted service.

GPS is a type of GNSS.  It was the first Global Navigation Satellite System to become available; hence the term “GPS” is often used to describe satellite navigation systems in general.

If a GPS repeater system is specified, it would cover the L1 band only.  This repeater kit for L1 signals contains all parts needed to provide GPS signal inside a building where it would not normally be present.

The repeater kit for GPS, GLONASS, Galileo and BeiDou strictly-speaking is a multi-GNSS system, but the term “GPS repeater” is used interchangeably.

A repeater kit for GPS L1, L2, GLONASS, Galileo and BeiDou is also a multi-GNSS system and covers all of the most commonly used signals available today.

For more information please do get in touch.