Since 2012, the mainstay of our product range has been the GPSR-1 repeater from Finnish manufacturer Roger GPS. We have sold hundreds of them, usually as part of a GPS repeater kit complete with an antenna, a coaxial cable and all the fixings.

It proved to be extremely reliable in a wide range of applications for those who need GPS L1 signals inside their premises.

If your networks or systems use Coordinated Universal Time (UTC), April 6th 2019 is probably a date worth marking in advance.

On, or possibly after, this date, some GPS receivers may start to behave strangely.  The data they output may jump backwards in time, resulting in month and year timestamps that are potentially up to 20 years out of date.

This is a known issue; in April 2018 the Department of Homeland Security in the United States issued a memo to make GPS users aware of the situation.  Any changes, adjustments, or other actions are ultimately the responsibility of the user, so DHS strongly recommends owners and operators of critical infrastructure to prepare for the rollover.

This refers to the GPS Week Rollover on Coordinated Universal Time (UTC) derived from GPS devices.

How does the lack of GPS signal in an underground bus station affect real time information displays? 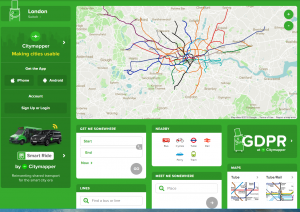 In these fast-moving, highly-connected times, bus customers expect accurate real time information at their fingertips.  For example, the Citymapper App helps to get you around London with ease ……….

Modern passenger busses carry GPS satellite navigation systems to give their exact location at all times.

The on-board system transmits its location data to a central computer. In turn, the computer communicates the information to passengers via an array of interfaces.

In early 2012, a friend suggested that I investigate the possibility of bringing GPS repeater systems to market in the UK.

Well, the truth is that my investigations were somewhat half-hearted since I just didn’t “get it”.

I could see how the technology worked but I couldn’t fathom what anyone would want a GPS repeater for.

So maybe I’m not the sharpest implement in the toolbox after all …..

To enable development and testing of infotainment systems, FalTech has designed and installed a multi-function repeater system inside a research facility which previously was an RF-denied zone. 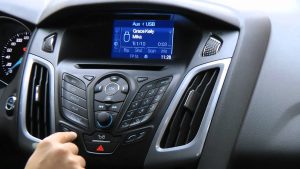 In-Vehicle Infotainment (IVE) and In-Car Entertainment (ICE) systems are integral to most vehicles these days. In this connected world, the minimum expected level of equipment in a new car includes FM/DAB radio and GPS satellite navigation systems.

Not to mention video players, in-car internet and WiFi, USB and Bluetooth connectivity and eCall technology.

One automotive company that FalTech GPS worked with was having a problem with a lack of GPS, FM and DAB signals inside their research building due to the blocking effect of the largely steel structure. The situation caused frustration and delays as the only way to test any of these systems was to take the prototype vehicles outside in order to receive a usable signal.