For the fifth year running, FalTech GPS will be exhibiting at the BAPCO annual exhibition and conference in Coventry on 20 & 21 March 2018.

As BAPCO members, we will be there at Stand C20 with our equipment supplier, Roger-GPS, the market-leading manufacturer of GPS repeater systems based in Helsinki, Finland.

So what is our link with BAPCO?

Well, since 2012, FalTech has supplied and installed over 300 GPS repeater systems in fire and police stations across the UK.

Our fire and police services, like most others across the globe, are affected by some specific challenges caused by the lack of GPS signal inside their buildings.

When inside a fire station, the mobile data terminal (MDT) installed on most appliances will not receive a GPS signal due to the blocking effect of the building structure.

This means that when the MDT transmits its location to the command and control centre, the data is stale and indicates the location when the appliance last had sky-view – just before it entered the fire station.

However, the real problems begin when the appliance leaves the station because it can take several minutes
for the MDT (and satnav devices if present) to re-acquire a GPS fix.

The appliance could be quite some distance away from the fire station before the GPS fix occurs.

This has two main effects:

Local knowledge can sometimes aid fire crews to get where they need to be.  However the command centre staff won’t necessarily have the confidence of knowing exactly where their resources are at all times, which means that they are not always able to marshal resources to where they are most needed.

A GPS repeater system installed in a fire station ensures that MDTs and satnav devices receive live satellite signals at all times. 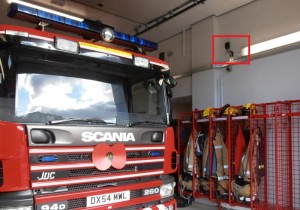 The issues faced by police officers are similar in nature to those seen by firefighters; when they go indoors and their personal radios stop receiving a live GPS signal they continue to transmit stale location data.

When exiting the police station the officer may get into a vehicle and head off to an incident before the radio has a chance to acquire GPS lock.

As far as the command and control centre is concerned, the officer’s location appears on the status screens as back at the station, when in fact he or she could be several miles away.

It doesn’t help that the officer and the radio is in a steel box (police car) and the GPS acquisition delay is prolonged.

A GPS repeater system installed in a police station ensures that personal radios receive live satellite signals at all times. 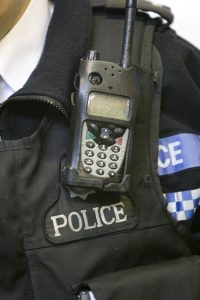 If you are at the BAPCO centre at the Ricoh Arena on 20th & 21st March please do come along and speak with us, we’d be happy to tell you about how we have solved this problem for fire and police services across the UK and further afield.

In fact, you may be interested to see a case study of the largest known repeater system installed in an underground police garage.